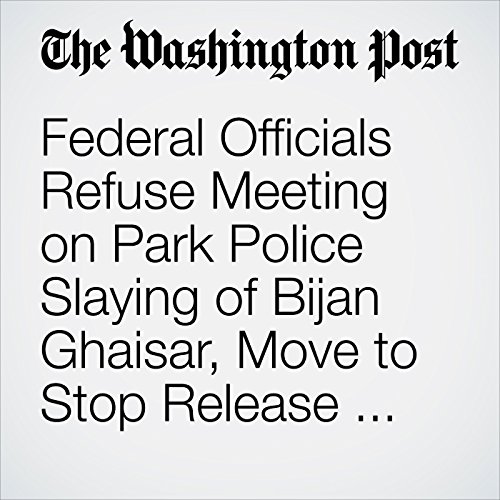 As the five-month anniversary approaches of the slaying of Bijan Ghaisar by two U.S. Park Police officers, the FBI and the Justice Department have taken more steps to maintain the silence surrounding the case. Late Thursday, the FBI informed Rep. Don Beyer (D-Va.) that Director Christopher A. Wray would not meet with him to discuss the Nov. 17 shooting, in which no charges have been filed. The names of the officers have never been released.

"Federal Officials Refuse Meeting on Park Police Slaying of Bijan Ghaisar, Move to Stop Release of 911 Tape" is from the April 06, 2018 National section of The Washington Post. It was written by Tom Jackman and narrated by Jenny Hoops.