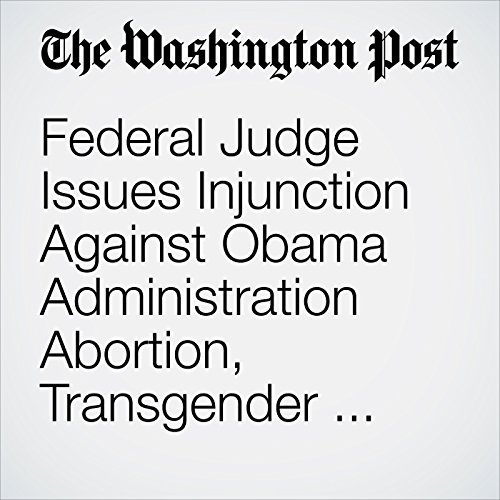 A federal judge in Texas handed a victory to conservatives Saturday, issuing a temporary injunction to stop an Obama administration regulation that would prevent discrimination in health care on the basis of “gender identity” and “termination of pregnancy.”

"Federal Judge Issues Injunction Against Obama Administration Abortion, Transgender Regulations" is from the December 31, 2016 Politics section of The Washington Post. It was written by David Weigel and narrated by Sam Scholl.