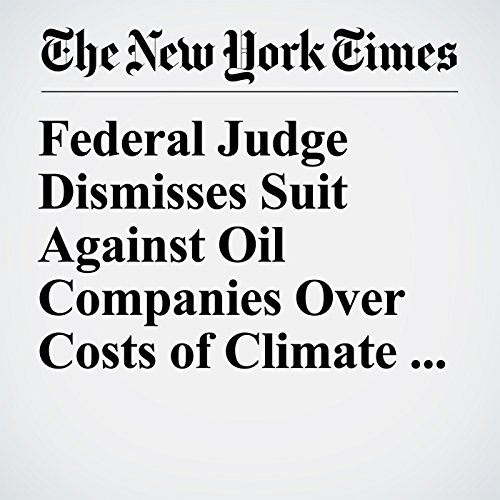 A federal judge on Monday threw out a closely watched lawsuit brought by two California cities against fossil fuel companies over the costs of dealing with climate change. The decision is a stinging defeat for the plaintiffs, San Francisco and Oakland, and raises warning flags for other local governments around the United States that have filed similar suits, including New York City.

"Federal Judge Dismisses Suit Against Oil Companies Over Costs of Climate Change" is from the June 26, 2018 U.S. section of The New York Times. It was written by John Schwartz and narrated by Kristi Burns.