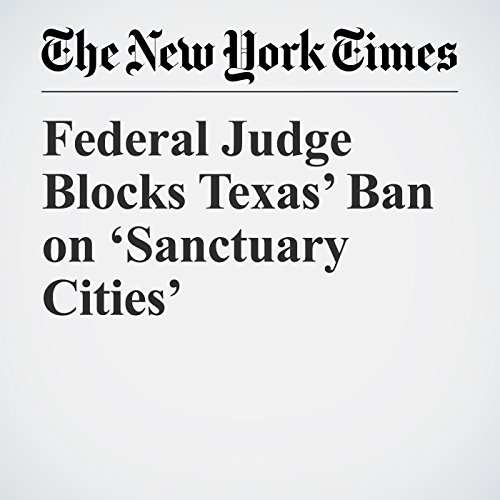 A federal judge in San Antonio on Wednesday blocked Texas from enforcing its ban on sanctuary cities, questioning the constitutionality of a law that has pitted Republican state leaders against several Democratic-leaning cities.

"Federal Judge Blocks Texas’ Ban on ‘Sanctuary Cities’" is from the August 30, 2017 U.S. section of The New York Times. It was written by Manny Fernandez and narrated by Kristi Burns.