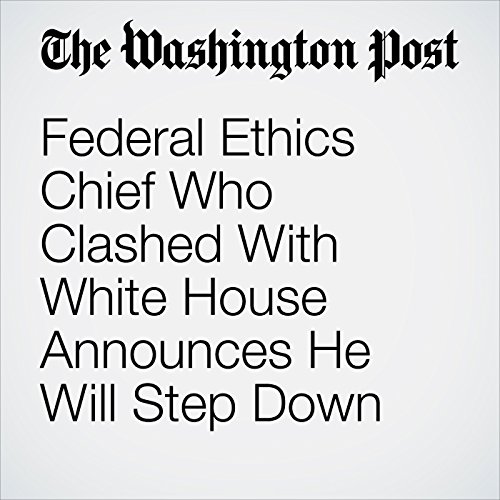 The director of the independent Office of Government Ethics, who has been the federal government’s most persistent critic of the Trump administration’s approach to ethics, announced Thursday that he is resigning nearly six months before his term is scheduled to end.

"Federal Ethics Chief Who Clashed With White House Announces He Will Step Down" is from the July 06, 2017 National section of The Washington Post. It was written by Rosalind S. Helderman and Matea Gold and narrated by Sam Scholl.