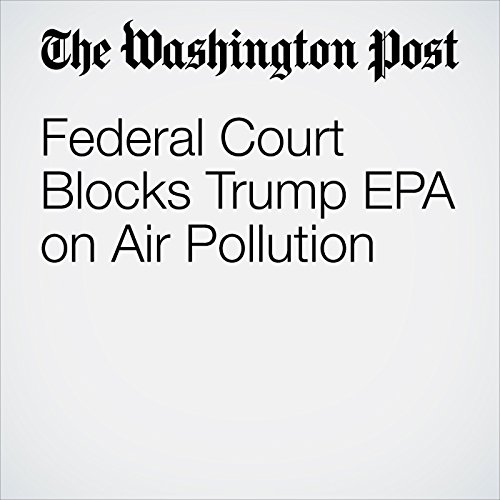 A federal appeals court in Washington ruled Monday that Pruitt overstepped his authority in trying to delay implementation of a 2016 rule requiring oil and gas companies to monitor and reduce methane leaks.

"Federal Court Blocks Trump EPA on Air Pollution" is from the July 03, 2017 Politics section of The Washington Post. It was written by Juliet Eilperin and Steven Mufson and narrated by Barbara Benjamin-Creel.