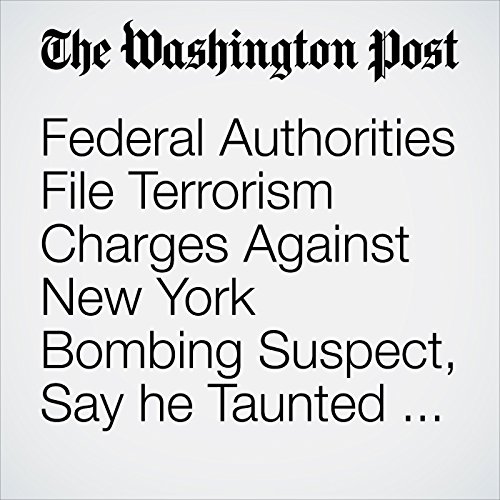 Federal prosecutors filed terrorism charges Tuesday against the suspected New York City subway bomber, Akayed Ullah, saying he posted a taunt online aimed at President Trump before the attack in a tunnel beneath Times Square and then proclaimed “I did it for the Islamic State.’’

"Federal Authorities File Terrorism Charges Against New York Bombing Suspect, Say he Taunted Trump First" is from the December 12, 2017 World section of The Washington Post. It was written by Devlin Barrett and Mark Berman and narrated by Sam Scholl.