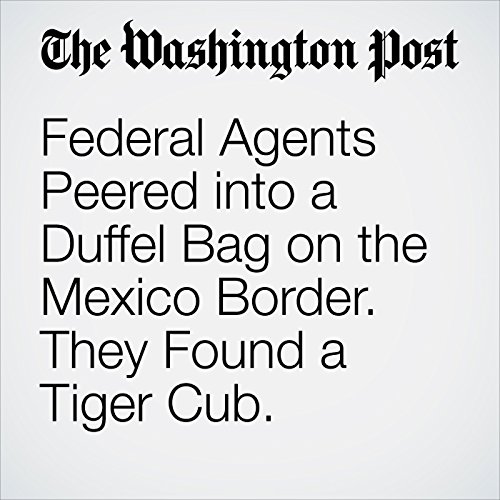 The three men crossed the U.S. southern border into Texas with a black duffel bag, on an apparent mission to deliver their lucrative product to the United States.But they caught wind of border agents nearby, readying to intercept them near Brownsville, officials said.It led to a calculation: Now what? And what to do with the unconscious tiger cub weighing down the duffel bag?

"Federal Agents Peered into a Duffel Bag on the Mexico Border. They Found a Tiger Cub." is from the May 01, 2018 National section of The Washington Post. It was written by Alex Horton and narrated by Sam Scholl.