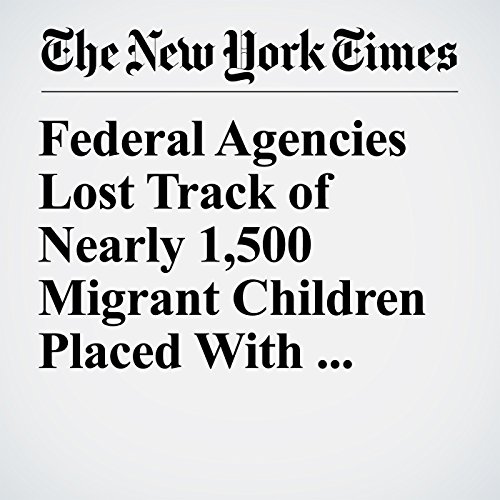 A top official with the Department of Health and Human Services was expected to tell members of Congress on Thursday that the agency lost track of nearly 1,500 migrant children the agency placed with U.S. sponsors, according to prepared testimony obtained by The New York Times.

"Federal Agencies Lost Track of Nearly 1,500 Migrant Children Placed With Sponsors" is from the April 26, 2018 U.S. section of The New York Times. It was written by Ron Nixon and narrated by Keith Sellon-Wright.