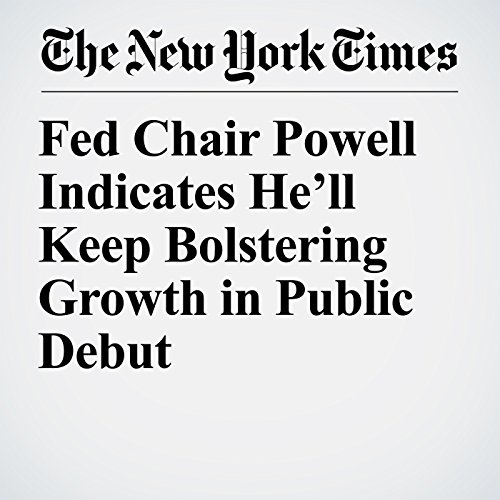 Jerome Powell, the new chairman of the Federal Reserve, painted an optimistic picture of the U.S. economy Tuesday and signaled that he will continue to bolster strong growth during testimony before Congress in his public debut as head of the central bank.

"Fed Chair Powell Indicates He’ll Keep Bolstering Growth in Public Debut" is from the February 27, 2018 Business section of The New York Times. It was written by Ana Swanson, Binyamin Appelbaum and narrated by Kristi Burns.