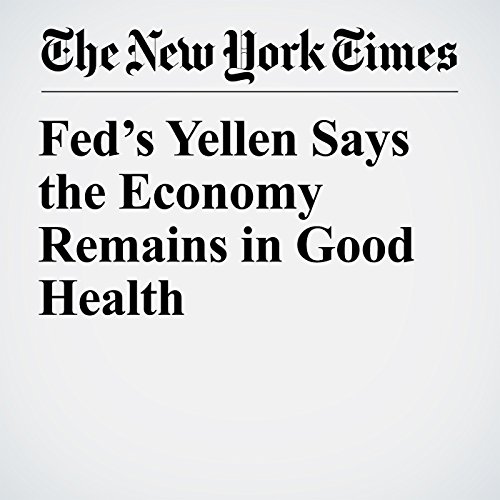 Janet L. Yellen, chairwoman of the Federal Reserve, said Sunday that the U.S. economy was in good health in an upbeat assessment that reinforced expectations the Fed is planning to raise its benchmark interest rate later this year.

"Fed’s Yellen Says the Economy Remains in Good Health" is from the October 16, 2017 Business section of The New York Times. It was written by Binyamin Appelbaum and narrated by Kristi Burns.