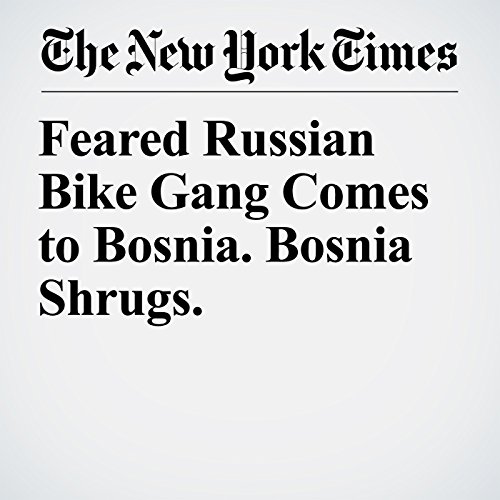 BANJA LUKA, Bosnia and Herzegovina — The Night Wolves, a Russian motorcycle gang known as “Putin’s Angels” and widely feared as agents of meddling and mayhem beyond Russia’s borders, provoked more bemusement and giggles than awe on their latest outing, a nine-day tour of the Balkans designed to show that Russia still had some fervent friends left in Europe.

"Feared Russian Bike Gang Comes to Bosnia. Bosnia Shrugs." is from the March 31, 2018 World section of The New York Times. It was written by Andrew Higgins and narrated by Keith Sellon-Wright.