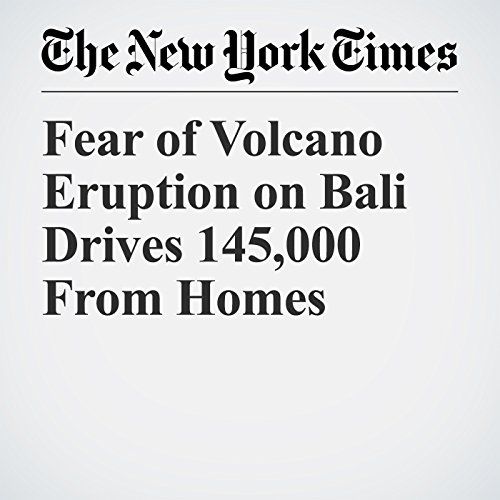 About 145,000 people on the Indonesian island of Bali have left their homes around Mount Agung, a volcano that is showing signs it could erupt, officials said Friday.

"Fear of Volcano Eruption on Bali Drives 145,000 From Homes" is from the September 29, 2017 World section of The New York Times. It was written by Austin Ramzy and narrated by Barbara Benjamin-Creel.