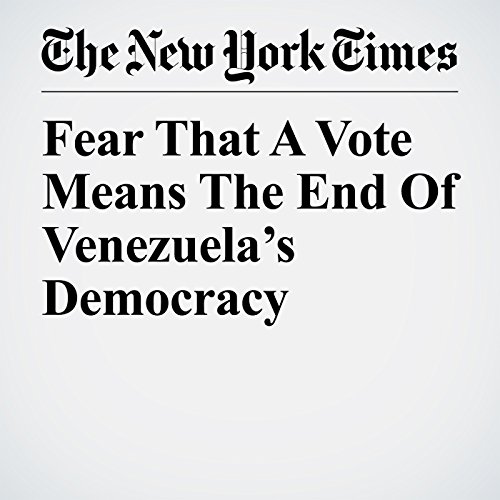 First, the Supreme Court was packed with loyalists of the president, and several opposition lawmakers were blocked from taking their seats. Then, judges overturned laws that the president opposed, and elections for governors around the country were suddenly suspended.

"Fear That A Vote Means The End Of Venezuela’s Democracy" is from the July 29, 2017 International section of The New York Times. It was written by Nicholas Casey and narrated by Fleet Cooper.