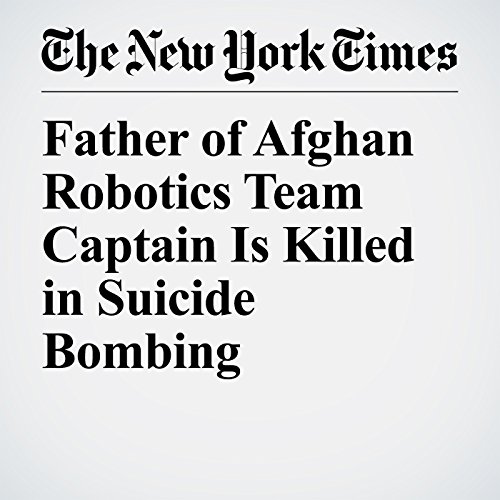 When the Afghan female robotics team, made up of teenage students from the western city of Heart, finally made it to a global competition in the United States, the cameras were focused on them. Here was a glimmer of hope from a place so often associated with bloodshed. The girls had made it against all odds, including being denied visas twice.

"Father of Afghan Robotics Team Captain Is Killed in Suicide Bombing" is from the August 03, 2017 World section of The New York Times. It was written by Mujib Mashal and narrated by Caroline Miller.