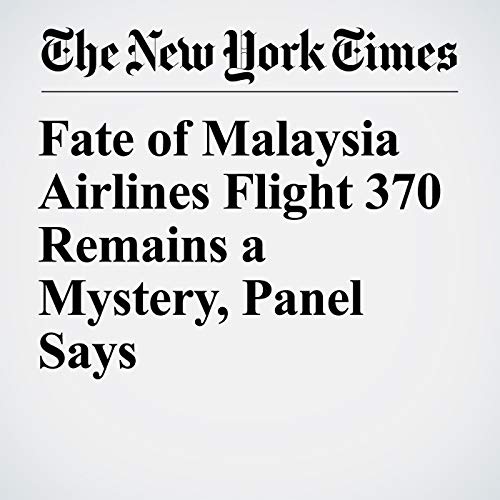 An official Malaysian investigation into the fate of Malaysia Airlines Flight 370, which disappeared four years ago and has not been found despite extensive searches, was unable to determine what happened to the plane, safety investigators said Monday.

"Fate of Malaysia Airlines Flight 370 Remains a Mystery, Panel Says" is from the July 30, 2018 World section of The New York Times. It was written by Austin Ramzy and narrated by Keith Sellon-Wright.