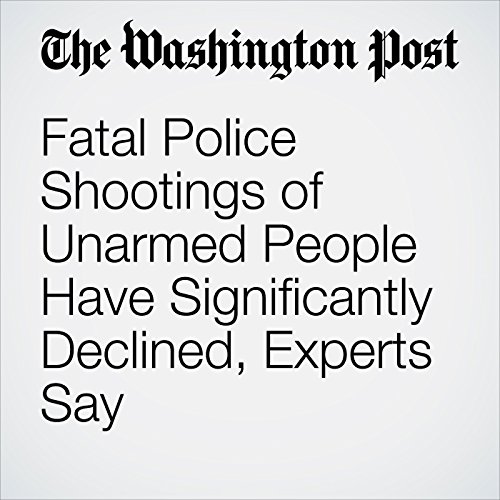 The number of deadly police shootings of unarmed people has generally declined since 2015 even as the tally of fatal shootings by law enforcement is on pace to hit nearly 1,000 for the fourth year in a row, according to data gathered by The Washington Post.

"Fatal Police Shootings of Unarmed People Have Significantly Declined, Experts Say" is from the May 03, 2018 National section of The Washington Post. It was written by John Sullivan, Julie Tate, and Jennifer Jenkins and narrated by Sam Scholl.