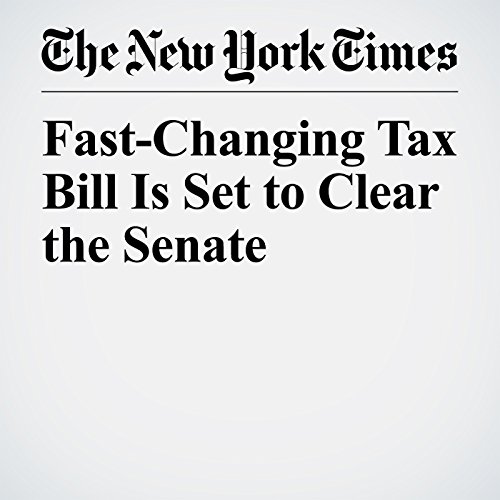 Fast-Changing Tax Bill Is Set to Clear the Senate

The Senate is on the cusp of passing its sweeping tax overhaul, with Republican leaders saying on Friday that they have enough votes to pass the bill along party lines after last-minute changes brought wavering senators on board.

"Fast-Changing Tax Bill Is Set to Clear the Senate" is from the December 01, 2017 U.S. section of The New York Times. It was written by Jim Tankersley, Thomas Kaplan and Alan Rappeport and narrated by Mike DelGaudio.