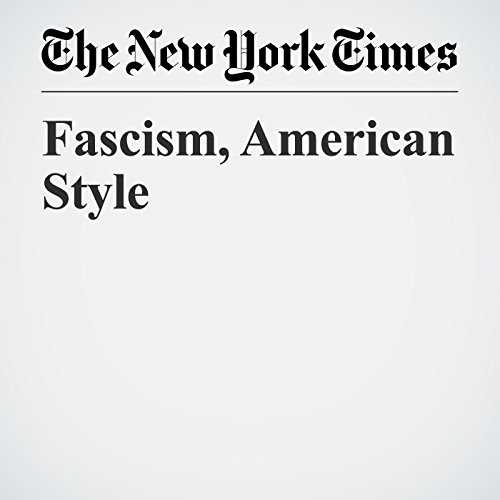 As sheriff of Maricopa County, Arizona, Joe Arpaio engaged in blatant racial discrimination. His officers systematically targeted Latinos, often arresting them on spurious charges and at least sometimes beating them up when they questioned those charges. Read the report from the Justice Department’s Civil Rights Division, and prepare to be horrified.

"Fascism, American Style" is from the August 27, 2017 Opinion section of The New York Times. It was written by Paul Krugman and narrated by Keith Sellon-Wright.