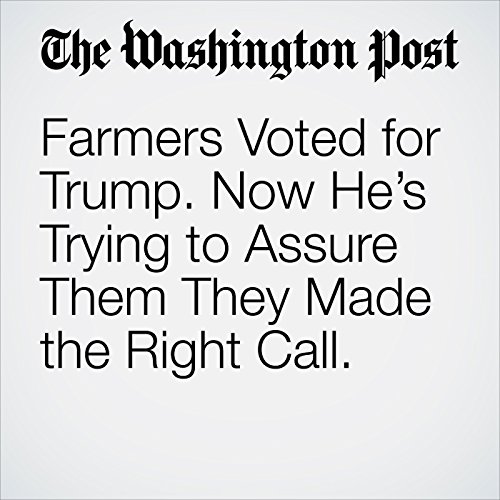 Farmers have grown increasingly anxious with President Trump, who wooed them with promises of deregulation and then threatened to upend programs on which many depend. In the year since rural America voted him into office, the president has proposed deep cuts to crop insurance subsidies, reductions in the number of immigrants entering the United States and withdrawal from the North American Free Trade Agreement — all of which have rattled farmers.

"Farmers Voted for Trump. Now He’s Trying to Assure Them They Made the Right Call." is from the January 08, 2018 Business section of The Washington Post. It was written by Caitlin Dewey and narrated by Sam Scholl.

Cosa pensano gli ascoltatori di Farmers Voted for Trump. Now He’s Trying to Assure Them They Made the Right Call.