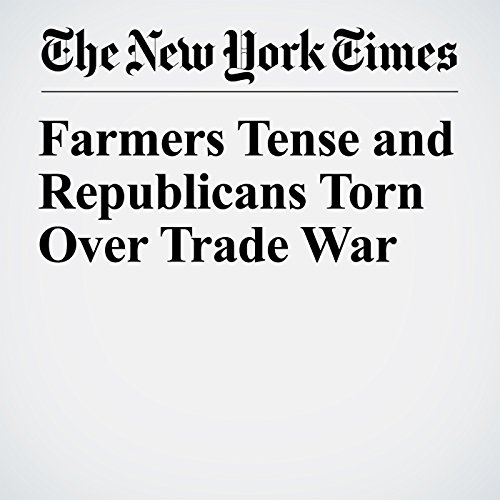 As President Donald Trump moves to fulfill one of the central promises of his campaign — to get tough on an ascendant China — he faces a potential rebellion from a core constituency: farmers and other agricultural producers who could suffer devastating losses in a trade war.

"Farmers Tense and Republicans Torn Over Trade War" is from the April 07, 2018 U.S. section of The New York Times. It was written by Sheryl Gay Stolberg and Ana Swanson and narrated by Kristi Burns.