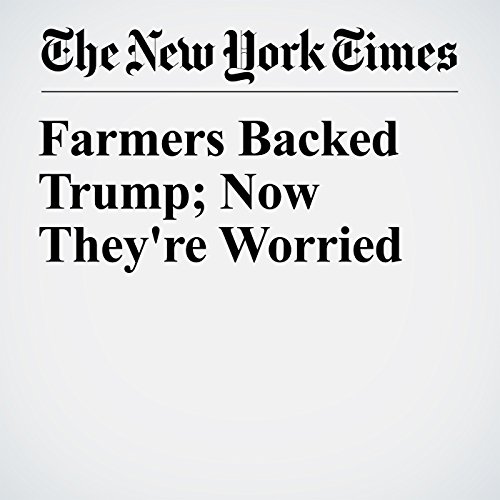 Jeff Marchini and others in the Central Valley bet their farms on the election of Donald Trump. His message of reducing regulations and taxes appealed to this Republican stronghold, one of Trump’s strongest bases of support in the state.

"Farmers Backed Trump; Now They're Worried" is from the February 09, 2017 U.S. section of The New York Times. It was written by Caitlin Dickerson and Jennifer Medina and narrated by Jef Holbrook.