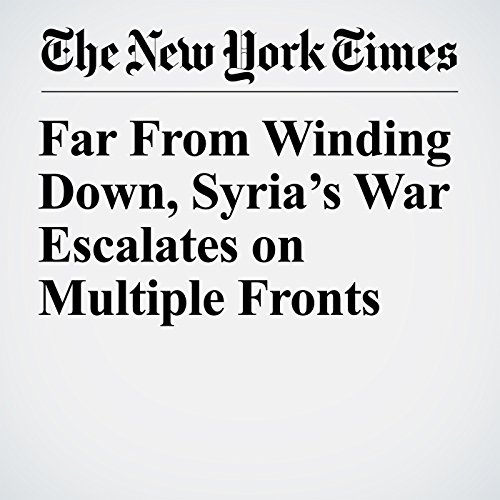 Far From Winding Down, Syria’s War Escalates on Multiple Fronts

Half a dozen newborns, blinking and arching their backs, were carried from a burning hospital hit by airstrikes. A bombed apartment house collapsed, burying families. Medics doused patients with water after a suspected chlorine attack, one of five in Syria since the start of the year.

"Far From Winding Down, Syria’s War Escalates on Multiple Fronts" is from the February 08, 2018 World section of The New York Times. It was written by Anne Barnard, Hwaida Saad and narrated by Mike DelGaudio.