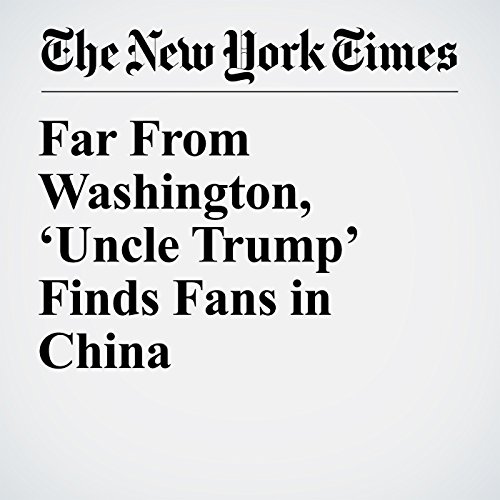 In the United States, President Donald Trump faces a feisty press corps, damaging investigations into associates and sagging approval ratings. But in China, where Trump arrived Wednesday, he has acquired a legion of admirers who hail him as a straight-talking politician and business mogul with a knack for dealmaking.

"Far From Washington, ‘Uncle Trump’ Finds Fans in China" is from the November 09, 2017 World section of The New York Times. It was written by Javier C. Hernández and Iris Zhao and narrated by Kristi Burns.