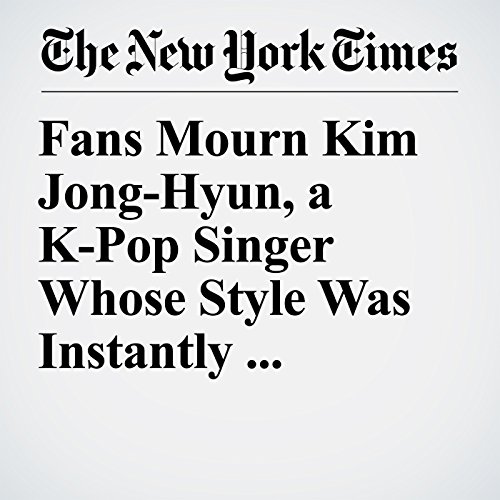 Fans of the South Korean singer Kim Jong-hyun were in mourning on Tuesday, a day after he killed himself and left behind a note that said he was overcome by depression, South Korea’s Yonhap News Agency reported.

"Fans Mourn Kim Jong-Hyun, a K-Pop Singer Whose Style Was Instantly Recognizable" is from the December 19, 2017 Entertainment section of The New York Times. It was written by Christine Hauser and narrated by Kristi Burns.