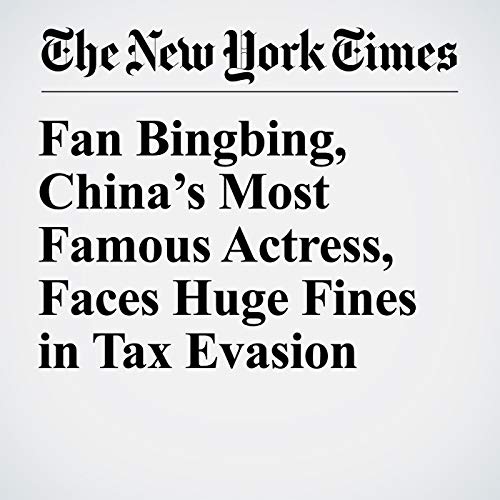 BEIJING — China accused the country’s most famous actress, Fan Bingbing, of evading millions of dollars in taxes and warned others in the television and film industry to come clean or face a similar fate, according to a statement released to state media Wednesday.

"Fan Bingbing, China’s Most Famous Actress, Faces Huge Fines in Tax Evasion" is from the October 03, 2018 World section of The New York Times. It was written by Steven Lee Myers and narrated by Kristi Burns.