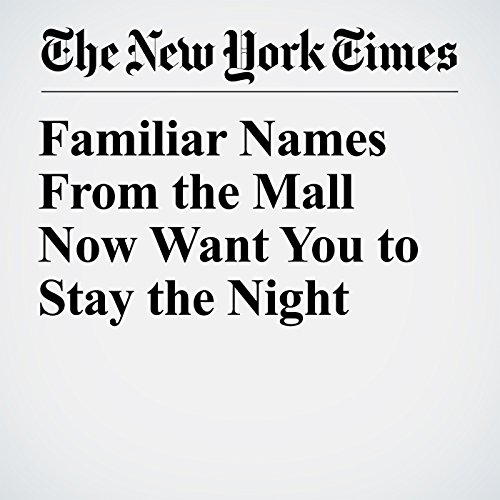 Inside a New York warehouse that has been converted to office and design space are the seeds of a new type of collaboration between the hospitality and retailing industries.

There, West Elm, a division of Williams-Sonoma that sells modern furniture and accessories online and in nearly 90 stores nationwide, has created model hotel rooms. Next year, it expects to begin opening boutique hotels in five cities, including Detroit; Charlotte, North Carolina; and Savannah, Georgia.

"Familiar Names From the Mall Now Want You to Stay the Night" is from the March 06, 2017 Business section of The New York Times. It was written by Amy Zipkin and narrated by Caroline Miller.