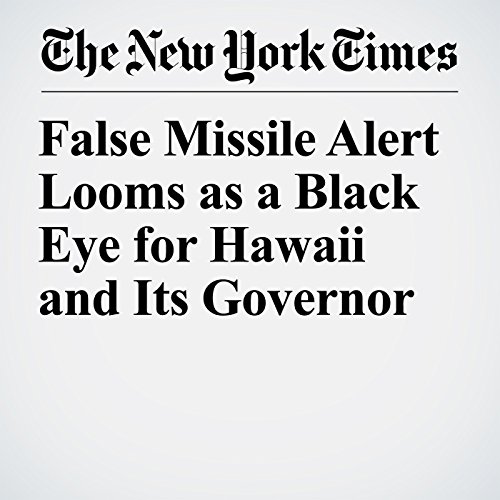 The false alarm about an incoming ballistic missile that sent Hawaii into a panic this weekend threatened to turn into a major embarrassment for the state and its politically endangered governor, David Y. Ige, as Hawaii officials moved to head off damage to Hawaii’s biggest industry, tourism.

"False Missile Alert Looms as a Black Eye for Hawaii and Its Governor" is from the January 14, 2018 U.S. section of The New York Times. It was written by Adam Nagourney and narrated by Keith Sellon-Wright.