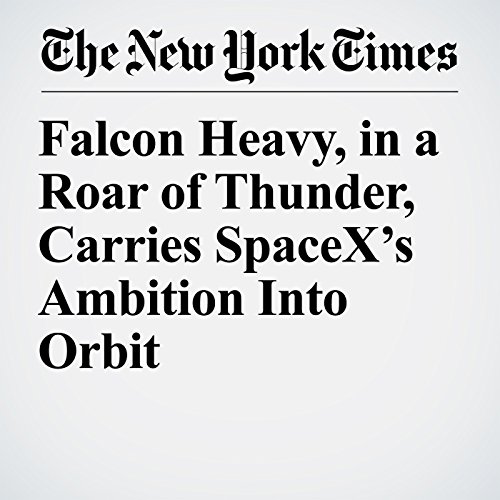 From the same pad where NASA launched rockets that carried astronauts to the moon, a big, new U.S. rocket arced into space Tuesday. But this time, NASA was not involved. The rocket, the Falcon Heavy, was built by SpaceX, the company founded and run by billionaire entrepreneur Elon Musk.

"Falcon Heavy, in a Roar of Thunder, Carries SpaceX’s Ambition Into Orbit" is from the February 07, 2018 U.S. section of The New York Times. It was written by Kenneth Chang and narrated by Kristi Burns.