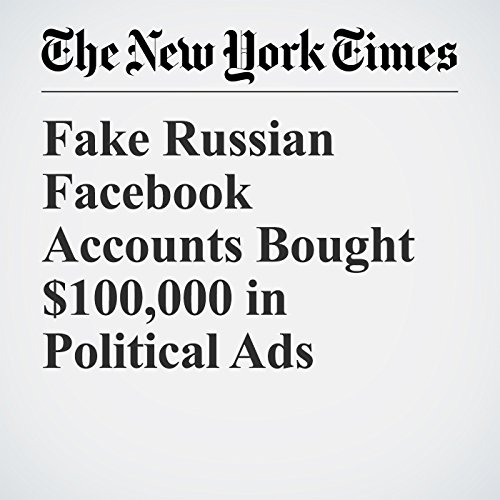 Providing new evidence of Russian interference in the 2016 election, Facebook disclosed on Wednesday that it had identified more than $100,000 worth of divisive ads on hot-button issues purchased by a shadowy Russian company linked to the Kremlin.

"Fake Russian Facebook Accounts Bought $100,000 in Political Ads" is from the September 06, 2017 Business section of The New York Times. It was written by Vindu Goel and Scott Shane and narrated by Keith Sellon-Wright.