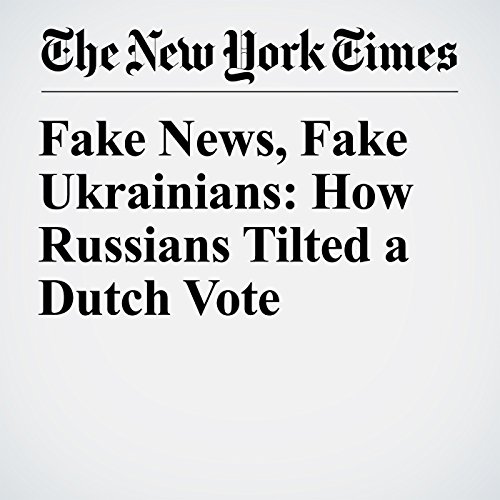 Harry van Bommel, a left-wing member of the Dutch Parliament, had persuasive allies in convincing voters that they should reject a trade pact with Ukraine — his special “Ukrainian team,” a gleefully contrarian group of émigrés whose sympathies lay with Russia.

"Fake News, Fake Ukrainians: How Russians Tilted a Dutch Vote" is from the February 16, 2017 U.S. section of The New York Times. It was written by Andrew Higgins and narrated by Fleet Cooper.