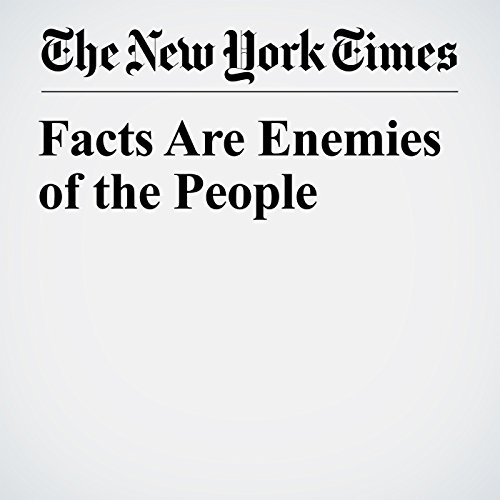 The U.S. economy added 10.3 million jobs during President Barack Obama’s second term, or 214,000 a month. This brought the official unemployment rate below 5 percent, and a number of indicators suggested that by late last year we were fairly close to full employment. But Donald Trump insisted that the good news on jobs was “phony,” that America was actually suffering from mass unemployment.

"Facts Are Enemies of the People" is from the March 12, 2017 Opinion section of The New York Times. It was written by Paul Krugman and narrated by Barbara Benjamin-Creel.