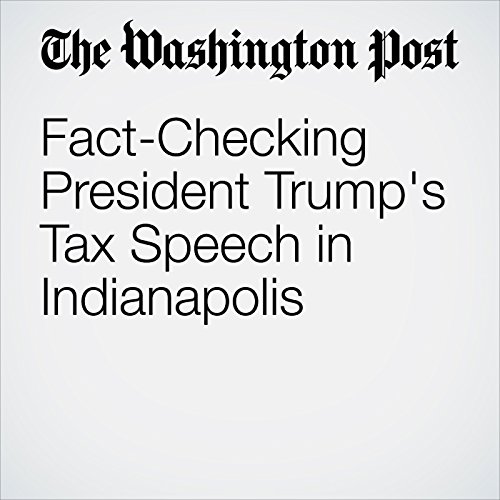 President Trump’s speech on the administration’s still-somewhat-vague tax plan, delivered in Indianapolis on Sept. 27, was filled with many of his favorite, inaccurate claims. For instance, he repeatedly says he is offering the “largest tax cut in our country’s history,” a dubious claim when properly measured as a percentage of the nation’s gross domestic product. Here’s a sampling of other inaccurate claims — and one case in which he appears to have adjusted his language because of our previous fact checks.

"Fact-Checking President Trump's Tax Speech in Indianapolis" is from the September 28, 2017 Politics section of The Washington Post. It was written by Glenn Kessler and Michelle Ye Hee Lee and narrated by Sam Scholl.