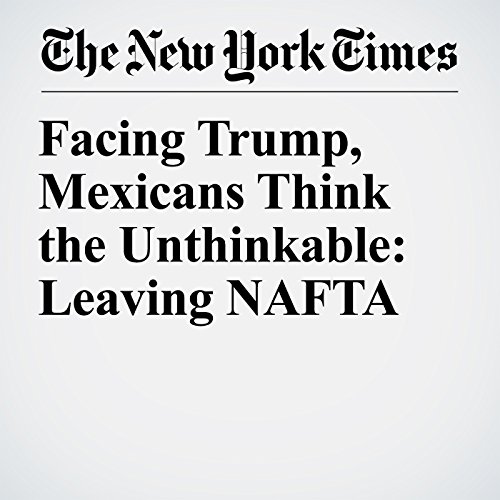 Not long ago, any suggestion that Mexico might walk away from the North American Free Trade Agreement would have been met with utter disbelief.

That was before Donald Trump was elected president of the United States.

"Facing Trump, Mexicans Think the Unthinkable: Leaving NAFTA" is from the January 24, 2017 World section of The New York Times. It was written by Elisabeth Malkin and narrated by Caroline Miller.