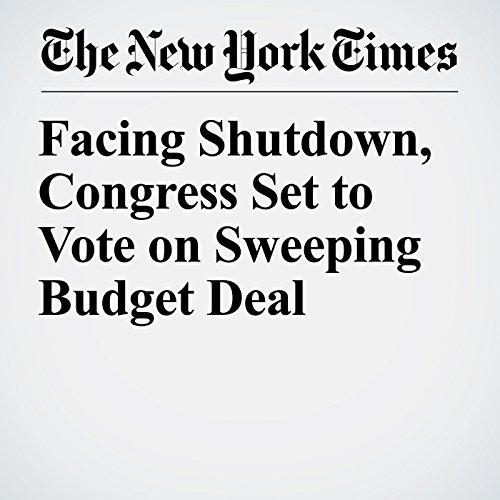 Congress moved toward a vote Thursday on a far-reaching budget deal that would avert an imminent government shutdown while clearing a path to funding the government for the rest of the fiscal year.

"Facing Shutdown, Congress Set to Vote on Sweeping Budget Deal" is from the February 08, 2018 U.S. section of The New York Times. It was written by Thomas Kaplan and narrated by Fleet Cooper.