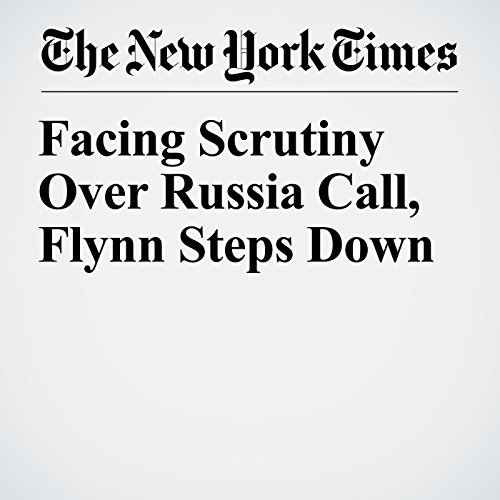 Michael T. Flynn, the national security adviser, resigned Monday night after it was revealed that he had misled Vice President Mike Pence and other top White House officials about his conversations with the Russian ambassador to the United States.

"Facing Scrutiny Over Russia Call, Flynn Steps Down" is from the February 14, 2017 U.S. section of The New York Times. It was written by Maggie Haberman, Matthew Rosenberg, Matt Apuzzo and Glenn Thrush and narrated by Caroline Miller.