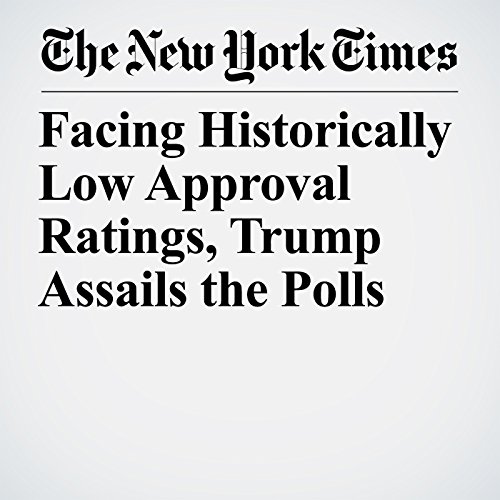 “The same people who did the phony election polls, and were so wrong, are now doing approval rating polls. They are rigged just like before,” President-elect Donald Trump said on Twitter.

"Facing Historically Low Approval Ratings, Trump Assails the Polls" is from the January 17, 2017 U.S. section of The New York Times. It was written by Jonathan Weisman and Yamiche Alcindor and narrated by Keith Sellon-Wright.