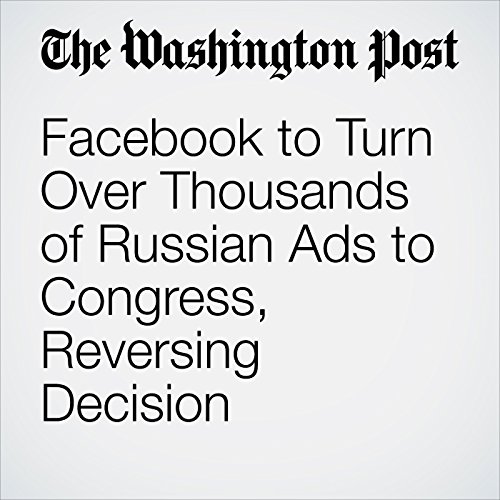 Facebook on Thursday announced it would turn over to Congress copies of more than 3,000 politically themed advertisements bought through Russian accounts during the 2016 U.S. presidential campaign, reversing a decision that had frustrated lawmakers.

"Facebook to Turn Over Thousands of Russian Ads to Congress, Reversing Decision" is from the September 21, 2017 Technology section of The Washington Post. It was written by Craig Timberg, Carol D. Leonnig and Elizabeth Dwoskin and narrated by Jenny Hoops.