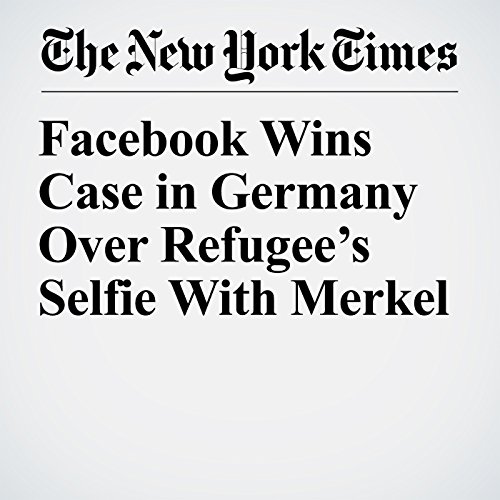 A Syrian refugee whose image showed up in fake news reports linking him to terrorism lost a closely watched case in Germany on Tuesday that sought to prevent Facebook from allowing users to repost the picture.

"Facebook Wins Case in Germany Over Refugee’s Selfie With Merkel" is from the March 07, 2017 Business section of The New York Times. It was written by Melissa Eddy and narrated by Keith Sellon-Wright.