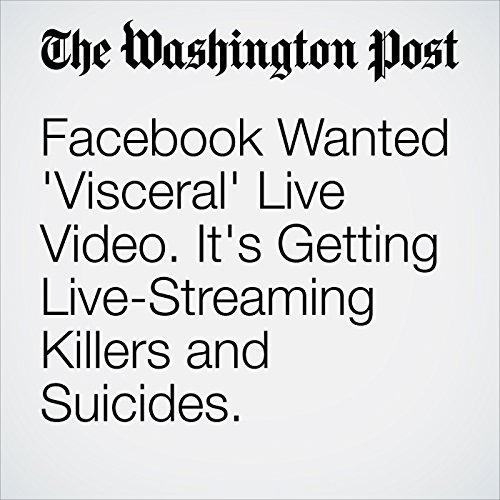 The massive growth of live-streaming everything from Little League games to a giraffe’s birth has developed a sinister edge as murderers, rapists and terrorists have found ways to broadcast video that tech companies such as Facebook are struggling to contain.

"Facebook Wanted 'Visceral' Live Video. It's Getting Live-Streaming Killers and Suicides." is from the April 17, 2017 Tech section of The Washington Post. It was written by Elizabeth Dwoskin and Craig Timberg  and narrated by Sam Scholl.