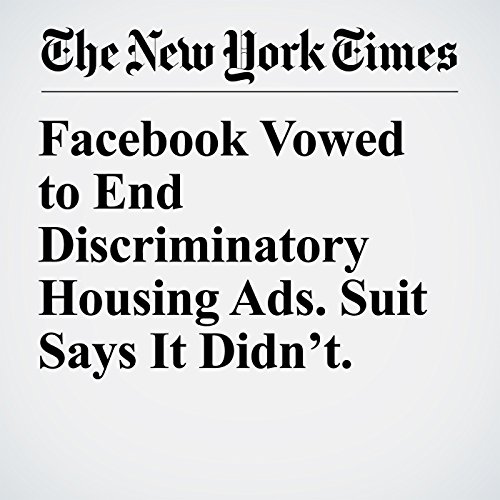 Fair housing groups filed a lawsuit in federal court Tuesday saying that Facebook continues to discriminate against certain groups, including women, disabled veterans and single mothers, in the way that it allows advertisers to target the audience for their ads. The suit comes as the social network is scrambling to deal with an international crisis over the misuse of data belonging to 50 million of its users.

"Facebook Vowed to End Discriminatory Housing Ads. Suit Says It Didn’t." is from the March 27, 2018 U.S. section of The New York Times. It was written by Charles V. Bagli and narrated by Keith Sellon-Wright.