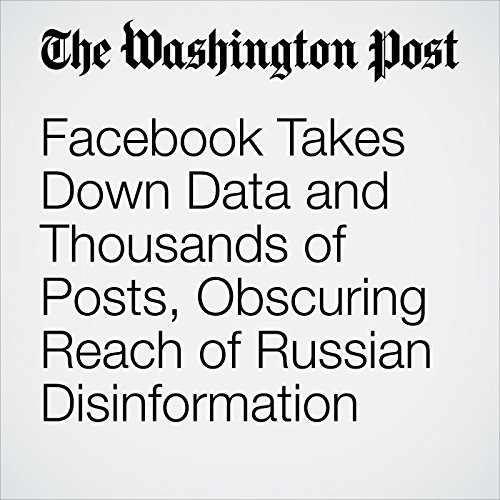 Facebook Takes Down Data and Thousands of Posts, Obscuring Reach of Russian Disinformation

Social media analyst Jonathan Albright got a call from Facebook the day after he published research last week showing that the reach of the Russian disinformation campaign was almost certainly larger than the company had disclosed. While the company had said 10 million people read Russian-bought ads, Albright had data suggesting that the audience was at least double that — and maybe much more — if ordinary free Facebook posts were measured as well.

"Facebook Takes Down Data and Thousands of Posts, Obscuring Reach of Russian Disinformation" is from the October 13, 2017 Technology section of The Washington Post. It was written by Craig Timberg and Elizabeth Dwoskin and narrated by Jenny Hoops.