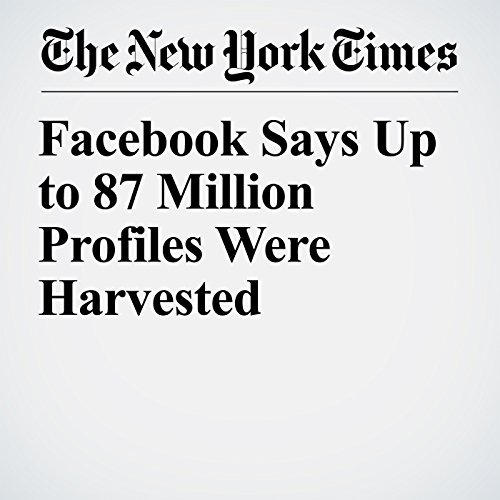 Facebook on Wednesday said that the data of up to 87 million users may have been improperly shared with a political consulting firm connected to President Donald Trump during the 2016 election — a figure far higher than the estimate of 50 million that had been widely cited since the leak was reported last month.

"Facebook Says Up to 87 Million Profiles Were Harvested" is from the April 04, 2018 Business section of The New York Times. It was written by Cecilia Kang and Sheera Frenkel and narrated by Keith Sellon-Wright.