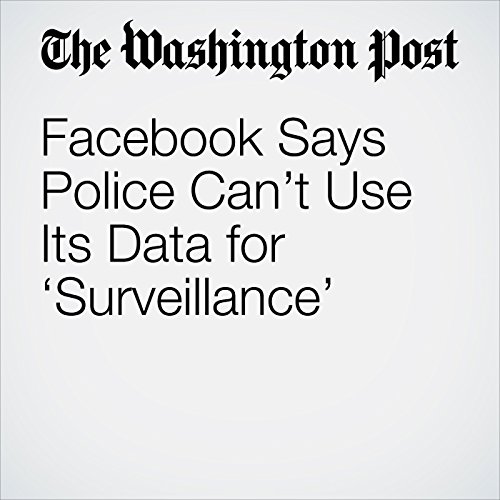 Facebook is cutting police departments off from a vast trove of data that has been increasingly used to monitor protesters and activists.

"Facebook Says Police Can’t Use Its Data for ‘Surveillance’" is from the March 13, 2017 Technology section of The Washington Post. It was written by Elizabeth Dwoskin and narrated by Sam Scholl.