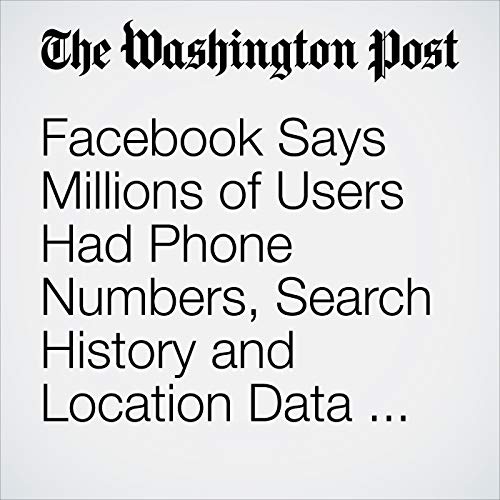 An online attack that forced Facebook to log out 90 million users last month directly affected 29 million people on the social network, the company said Friday as it released new details about the scope of an incident that has regulators and law enforcement on high alert.

"Facebook Says Millions of Users Had Phone Numbers, Search History and Location Data Stolen in Recent Hack" is from the October 12, 2018 Tech section of The Washington Post. It was written by Brian Fung and narrated by Jenny Hoops.