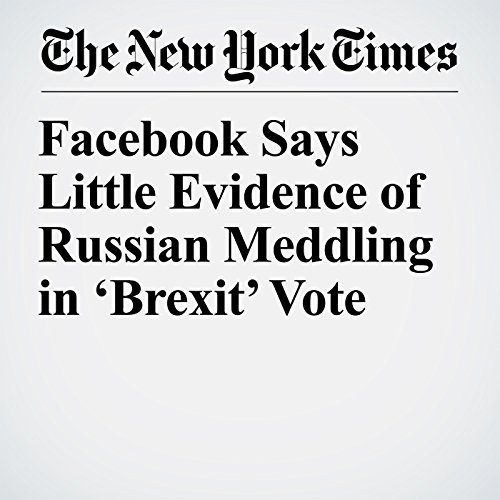 Facebook, confounding expectations, said Wednesday that the company had found no evidence of a significant Russian effort to interfere in the British referendum last year about leaving the European Union.

"Facebook Says Little Evidence of Russian Meddling in ‘Brexit’ Vote" is from the December 13, 2017 World section of The New York Times. It was written by David D. Kirkpatrick and narrated by Keith Sellon-Wright.