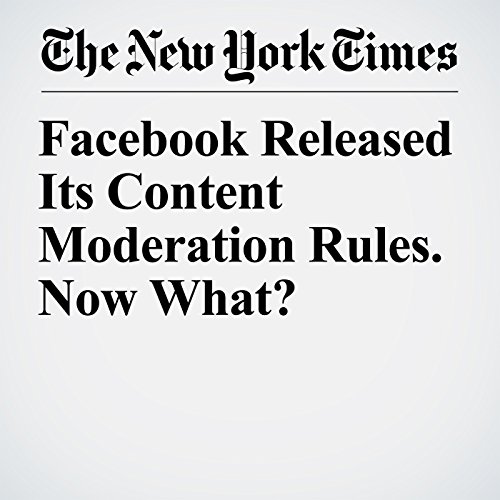 Tuesday was a huge day for online speech. Facebook finally released the internal rules that its moderators use to decide what kinds of user content to remove from the site, including once-mysterious details on what counts as “graphic violence,” “hate speech” or “child exploitation.” It also announced the introduction of an appeals process for users who want to challenge the removal of their posts.

"Facebook Released Its Content Moderation Rules. Now What?" is from the April 26, 2018 Opinion section of The New York Times. It was written by Kate Klonick and narrated by Keith Sellon-Wright.