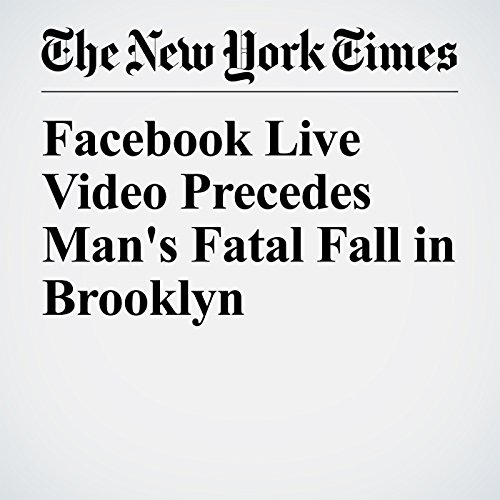 Days before he died, Jamel Chandler posted a live video on Facebook.“Tune in, tune in, tune in,” Chandler, 21, said on his video stream, turning the camera toward a friend sprawled on the floor who appeared to be unconscious. “Off the xans,” he said in an apparent reference to Xanax, a prescription drug. “Could I please get some viewers?”

"Facebook Live Video Precedes Man's Fatal Fall in Brooklyn" is from the April 19, 2017 U.S. section of The New York Times. It was written by Eli Rosenberg and Sean Piccoli and narrated by Keith Sellon-Wright.