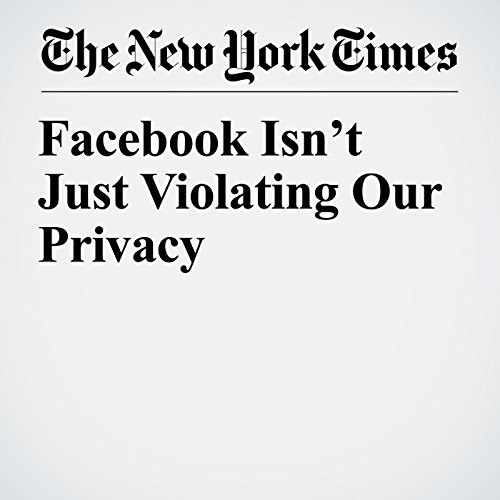 Even as it issues full-page apologies in print newspapers promising ritualistically “to do better,” Facebook and its allies have minimized the importance of the seismic revelation that the political consulting firm Cambridge Analytica, which worked on behalf of the Trump campaign in 2016, had gained access to the private information of about 50 million Facebook users.

"Facebook Isn’t Just Violating Our Privacy" is from the March 29, 2018 Opinion section of The New York Times. It was written by Noam Cohen and narrated by Keith Sellon-Wright.