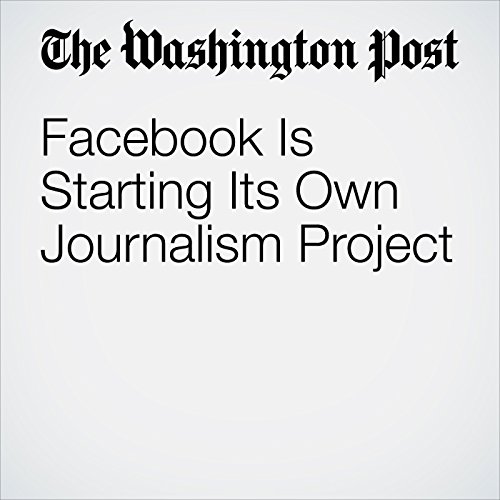 Facebook announced Wednesday that it's launching its own journalism project, continuing its efforts to change the way media organizations work with the social network. The move could be seen as an extension of its vow earlier this year to crack down on fake news on the site.

"Facebook Is Starting Its Own Journalism Project" is from the January 11, 2017 Tech section of The Washington Post. It was written by Hayley Tsukayama and narrated by Sam Scholl.